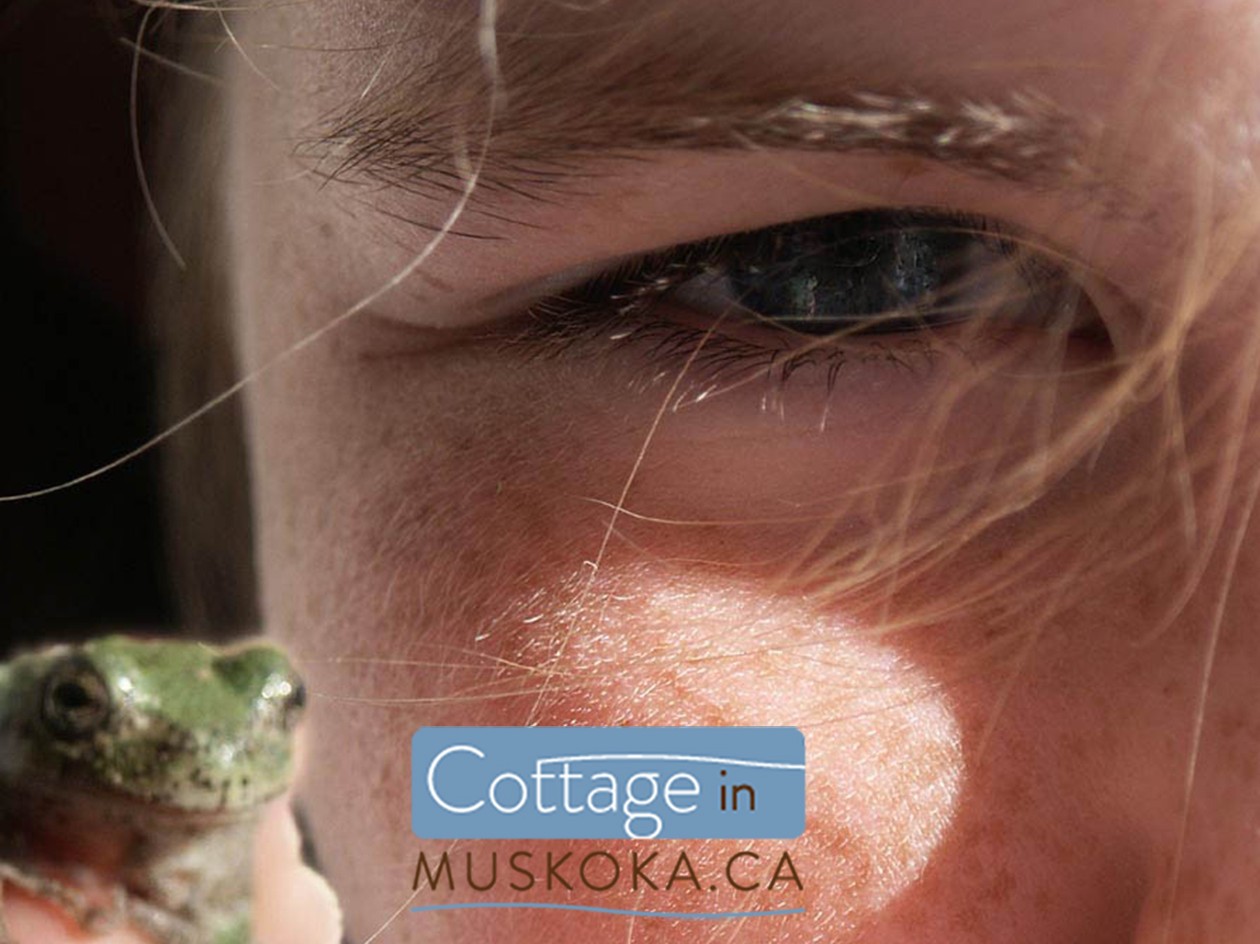 As a cottager, I always found news from Muskoka warming this time of year. So here from the Muskoka Lakes Association is January NewsBites.

Courtesy of the Muskoka Lakes Association

The MLA reminds everyone to check their cottages and homes regularly during the winter season. The Muskoka area has received well over four feet of snow in the last few weeks and we encourage you to ensure your roofs are shovelled. It’s always good to routinely check your property. If you are unable to make the trip to Muskoka, there are many service companies in the area that would be pleased to attend to your property.

Infrastructure Funding – It was announced at the December 15th Council meeting that the Muskoka region will be receiving about $1.6 million over the next 3 years through the Ontario Community Infrastructure Fund.  These funds help municipalities maintain critical infrastructure needs by providing long-term support for rehabilitation and repairs. The funds are to be used only for roads, bridges, water, sewer or storm water projects. District staff will be putting forth spending recommendations in the 2015 budget for Council’s consideration. The MLA is pleased to hear of this important funding being made available to maintain and update the area’s services. The MLA is aware of the District budget coming up soon and will be reporting further on this once our team reviews it.

Long-Term Development Plan for the Muskoka Airport – At the December 18th Planning and Economic Development meeting, committee passed a motion to recommend to District Council that a long-term plan for the Muskoka Airport be developed. The airport is an important economic driver for the region and has the potential to substantially increase tourism through the addition of a second runway. This motion will come before District Council at the January 19th meeting. The MLA will be interested to see what the District’s future plans are for the airport and what impact it will have on our area.

Bala Falls Update – Last month Swift River Energy Limited was again before District Public Works Committee. Swift had not fulfilled all the conditions requested by the District prior to acquiring the entrance permits needed to begin construction in Bala. District Public Works Commissioner Fred Jahn stressed the need for a performance bond from Swift River as it relates to the Hwy 169 bridge. The bridge is part of the main transportation corridor through Bala and is a critical District asset. Committee agreed all conditions must be met prior to the issuance of any entrance permits. Staff will report back to Committee later this month with their specific concerns and recommendations. The MLA is pleased that the District is taking extra care to ensure District assets are protected. The MLA has always been concerned that sufficient performance bonds are secured when private companies, such as Swift River Energy, are undertaking major development projects.

Recreation ‒ The Muskoka Snowmobile Region and local snowmobile clubs are starting to groom the trails in Muskoka. While access is limited at this point, it is expected that groomers will be working around-the-clock in order to have the trails open for the upcoming weekend. Click here for up-to-date Muskoka snowmobile trail conditions.

Taboo Resort Temporarily Closed – Taboo Resort closed in early December after the main building sustained more than $350,000 in damages from an October fire. According to Anne White, Director of Marketing for the resort, the resort is shutting down for an undetermined length of time with no plans to reopen in 2015. However the Taboo and Sands golf courses will be operating in the spring. Taboo will continue to operate the shared facilities for the condominium owners. The MLA is concerned that yet another resort will not be operating in 2015. This is not good news for the resort industry in Muskoka.

Muskoka Steamship and Historical Society Receives FED-NOR Funding ‒ Parry Sound/Muskoka member of Parliament Tony Clement announced that FED-NOR funding in the amount of $78,750 will be forthcoming for the Muskoka Steamship and Historical Society. The funding will go towards developing a strategy for a major expansion of the Muskoka Boat and Heritage Centre in Gravenhurst. The Muskoka Boat and Heritage Centre is an important cultural and heritage site that draws many tourists. The MLA is pleased that this site has received this funding. Former MLA Board Directors were instrumental in ensuring that this funding was obtained, and several current Board members support this organization.

Seguin Councillor, Jack Hepworth’s Monthly Report – Many thanks to Councillor Hepworth for allowing the MLA to distribute his monthly newsletter to our members. His latest report can be found here. Of note is the 2015 Budget Binder. Council and the Finance Committee began discussions of the 2015 Preliminary Budget, Strategic Plan and Community Development Plans Monday January 12th. The MLA recommends that you take some time to read this preliminary budget document. It’s a thorough, easy-to-read report detailing Seguin’s 2015 Strategic Plan, 2014 Successes, Community Development Plans and the 2014 Financial Update. Seguin provides an excellent roadmap that could benefit all municipalities in Muskoka.

TML Comprehensive Zoning By-Law – TML has received several submissions outlining various concerns with this new by-law. Three individuals delegated at the December 15th planning meeting; MLA’s Anne McCauley being one of those people. Lengthy and detailed discussions took place with the resulting modifications to be made to the zoning by-law: (1) the restriction concerning the reconstruction of legal non-complying/non-conforming structures stating that the structure must be deemed damaged or unsafe before allowing it to be rebuilt will be removed from the by-law, as will the previous completion date limitations; (2) limited development (via a percentage to be determined) will be allowed in Minett subject to the existing holding zone; (3) gazebos will be required to be set back at least 1 metre (3 feet) from the shoreline; (4) saunas will be allowed in the lower level of a boathouse but within the cumulative limit of 100 square feet allowed for a sauna, washroom and utility room; and (5) a definition of a pump house will be added into the by-law in order to restrict its use. The by-law is scheduled to return to Planning Committee on January 19th. The MLA will continue to follow the progress of this important by-law.

Delegations Regarding Swift River Energy’s Power Plant Project at Bala Falls – December 16th saw several delegates in TML council chambers expressing their concerns over the proposed Bala Falls hydro plant. Swift River Energy’s VP, Mr. Frank Belerique, and Swift’s project architect, Mr. Karl Stevens of Stevens Burgess Architects Ltd., were also present to give council an update on their progress and to provide sample architectural sketches and elevations of the power plant. Mr. Belerique stated he hoped that Swift River would be able to begin fresh discussions with this new council. Presenters were asked to provide committee members with a list of their specific ‘asks’ from the Township. TML Interim CAO Clayton Harris was instructed by committee to prepare a staff report which will be presented to committee in January. The MLA will be present at the upcoming Committee of the Whole meeting on January 20th.

Bala Heritage Conservation District (HCD) – The previous TML Council passed a by-law which established an HCD in Bala. TML has received appeals from CP Rail, Swift River and from 7 property owners along Bala Falls Road. TML staff is currently putting together a package to be submitted to the OMB. It is expected an OMB pre-hearing will be set for late 2015. Representatives of the MLA have sat on TML’s Heritage Committee and we are following this latest development of an OMB appeal with interest.

TML Committee Positions Available – TML is  advertising for community members to volunteer their time to sit on the following committees: Budget Committee, Community Centre Hall Boards, Grants Advisory Committtee, Heritage Advisory Committee and the Parks and Trails Committee. To view the bulletin regarding how to appy please click here. The MLA encourages you to think about donating some of your time and expertise to give back to your local community. The MLA usually has a number of members who volunteer to serve on one or more TML committees. This is one of the ways the MLA can continue being relevant and provide up-to-date information to our members.

Turtle Jack’s Tribunal – The Residents of Port Carling Association (RAPC) have recently received the news that the Alcohol and Gaming Association of Ontario has denied Turtle Jack restaurant’s request for extended hours of outdoor patio music. As previously reported, the MLA took a position that outdoor noise, as per Turtle Jack’s request, was excessive. RAPC, along with support from the Township of Muskoka Lakes council, the MLA and the MRA, was able to persuade the tribunal that Turtle Jack’s request would ruin nearby people’s enjoyment of their properties. The RAPC sent a note of appreciation to the MLA for our help in this matter. MLA congratulates RAPC on their win. This is a perfect example of what can be achieved if we all work together to preserve the Muskoka we love.

“ I am very excited. Thank you for finding us this gem…and it goes with my lantern and table runner J…Damn, you’re good!lol