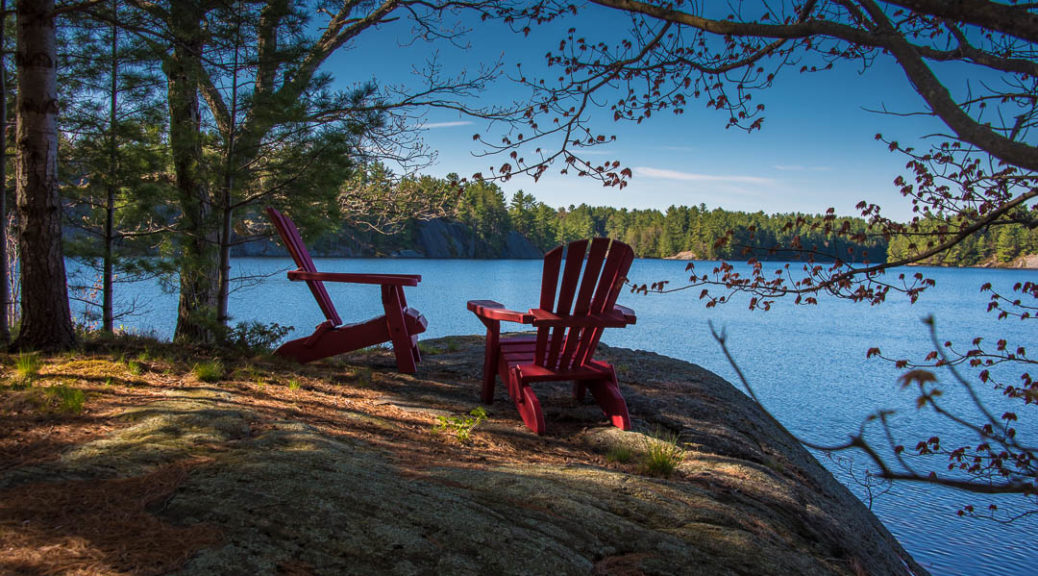 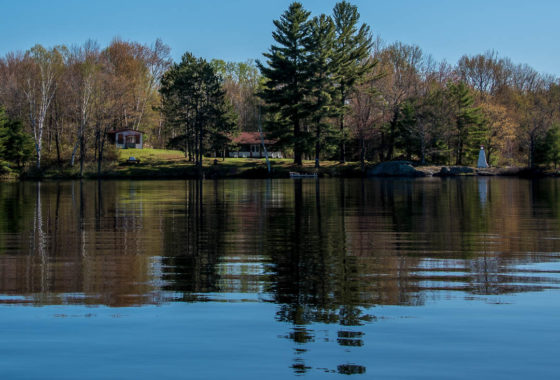 We were out on Gull Lake today. The early heat wave blown away by crisp north westerlies. Thanks to Dave and Sandra who have spent many happy years on Gull Lake; now selling their Gull Lake home.

I had no idea that there was anywhere near this much boating on scenic Gull Lake. Heading south east takes you to a cut, through which you discover the equally beautiful Silver Lake. There are miles and miles of open water as well as small coves and granite rock faces. Perfect for power-boat cruises as well as kayaks and canoes.

Some of the waters from Kahshe Lake run to Silver Lake, then to Gull Lake and then through the Hoc Roc river into Lake Muskoka.

Gull Lake has lots of space for water sports of all types, or just for those big views.

We saw so many gorgeous rock faces dropping straight into blue water, and made mental notes of where to return.

There are cottages dotted up and down Gull and Silver Lakes. We heard many stories of the history of some of these cottages and Gull Lake itself. One is the story of Dead Horse Island; we wonder if you know this story…

Cottagers have been enjoying Gull Lake since the 1800’s.

Thank you for all of your help. It was a pleasure dealing with you when selling our cottage. You understood our needs. Your suggestions and advice were invaluable in helping us prepare the cottage for sale. It was obvious that you know the area and the market. We appreciated your upbeat, cheerful demeanor. Above all, you got the job done, and more quickly than expected.